Felix Kjellberg, more commonly known by his YouTube handle, PewDiePie, is known as one of the platform’s most-subscribed channels. While this Swedish Youtuber’s 111 million subscribers are originally drawn to his content, many extended to praise to other aspects, such as his stylish eyewear.

The most recent model of glasses PewDiePie wears appears to be the Inumaki Toge model of the JINS x Jujutsu Kaisen Limited Edition Eyewear Collaboration.

PewDiePie has donned several different pairs of glasses and perhaps double the number of sunglasses since he started YouTube. Here, we’ve covered some of the most recent and iconic models of each.

Long-time subscribers will know that anime is another passion of PewDiePie’s.

This can now be seen in his latest pair of eyeglasses, which first appeared in the video This Dating show will make you MAD.

These sleek glasses featuring a metallic frame, circular lenses, and small side shields appear to be the Inumaki Toge model of the JINS x Jujutsu Kaisen Limited Edition Eyewear Collaboration.

What proved our suspicions were when he removed his glasses in the YouTube video Twins wants to be Pregnant (At the same time…), revealing golden, crystal-like temple tips also seen on the original model.

A limited number were available for purchase between October 10 and October 25 of 2021, and it seems PewDiePie got his hands on a pair.

PewDiePie’s love for minimalistic glasses with circular lenses and a hipster aesthetic started with the pair that immediately predates his limited edition Inumaki Toge model.

In June 2016, PewDiePie posted a picture of himself on Instagram showing off his new specs and confessing that he wasn’t sure if he liked them yet.

Two months later, LINDBERG, a prominent Danish eyewear company, posted an article on their website featuring this image of PewDiePie wearing the circular-lensed glasses housed in a slim, golden frame and stated that the YouTuber is donning a pair of their Glenn model glasses.

They fully supported the “PewDiePotter” look and were certain he would love this model’s comfort and look.

Considering he wore them for the next four years and swapped them for a pair that looks very similar, it would appear they were right.

In addition to the LINDBERG Glen eyeglasses, PewDiePie occasionally wore a different pair featuring a black frame with a metallic bridge and temples.

Perhaps the earliest appearance of these glasses is in an Instagram photo of PewDiePie with his pug, Edgar, posted in January 2016.

Because they were worn so infrequently, there is some debate over their model.

For example, an article written by Selectspecs.com claims the glasses worn in this 2016 photo might be Persol PO3046V.

However, after comparing this model to the ones worn in the 2016 Instagram photo, a separate Instagram photo uploaded in January 2017, and the YouTube video I’M CHEATING?!, we believe he is actually wearing a pair of Torga Optical K-Collection 2060 eyeglasses.

While these glasses are extremely similar in design, they differ ever so slightly.

The Persol model features horizontal metallic dashes on both sides of the lenses, whereas the Torga models feature two, vertically situated dots at the end pieces and one dot on each side of the bridge.

This seems to exactly match the pair that PewDiePie wears for a limited duration before favoring his LINDBERG Glenn glasses.

PewDiePie’s Favorite and Most Iconic Sunglasses

The four most iconic and/or regularly worn include:

Until recently, it was much more common to see PewDiePie in sunglasses on YouTube and social media versus his daywear glasses.

PewDiePie received his pair of Clubmaster Classic Ray-Bans from a fan in 2016 during his book tour.

They were his go-to choice until he acquired his Wayfarer Classic Ray-Ban’s the following year.

Apart from these models, some of his most sought-after sunglasses include the quirky diamond-framed pair by Gucci and the Matrix-inspired, Pris sunglasses from the collaboration between CMMN SWDN and Ace & Tate.

These slim, black sunglasses are featured in PewDiePie’s most popular YouTube video, Bitch Lasagna; a music video aimed at T Series in 2018 when the two were “competing” for the title of “most-subscribed YouTube channel.”

Hopefully, we listed the model name for the pair of PewDiePie’s eyeglasses or sunglasses you were thinking of.

While some of these come with a high price tag or are currently unavailable, there are a few models you can claim for yourself and show your appreciation for PewDiePie’s style. 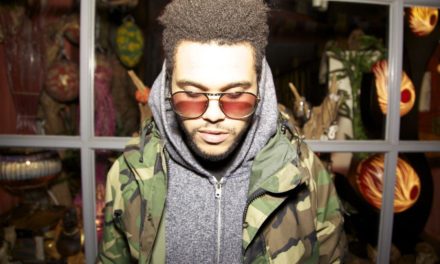